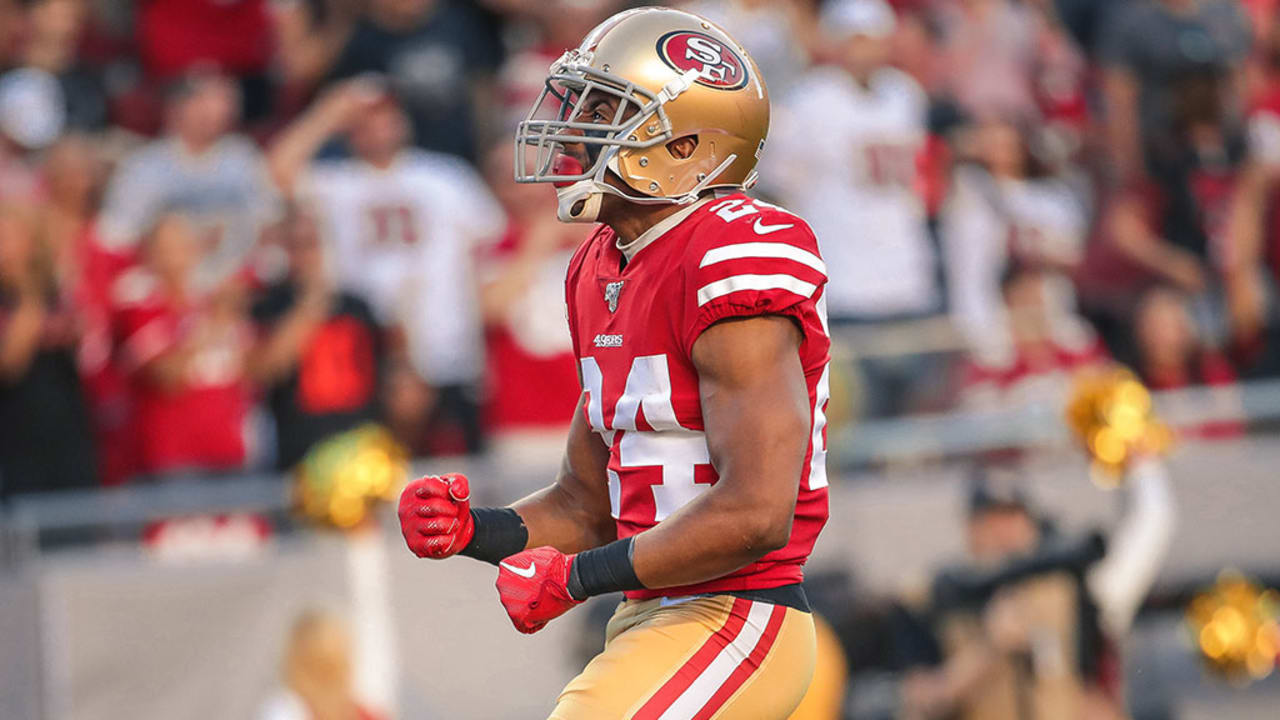 The San Francisco 49ers continue to roll on following their fourth-straight victory in the dominant, 31-3, win over the Cleveland Browns in Week 5. Several 49ers stood out during the “Monday Night Football” victory. Check out the 49ers top six players from the primetime matchup according to Jeff Deeney of Pro Football Focus.

The rookie is coming off of one of his best outings as a member of the 49ers, recording two sacks, three quarterback hits, four quarterback hurries, a forced fumble and a fumble recovery on Monday night. According to Deeney, Bosa registered nine total pressures in 25 pass rush snaps (36 percent pressure rate). Through five weeks, Bosa has notched a 16.1 pass rush productivity rating, a 28.0 percent pressure rate and a 26.9 percent pass rush win rating on the season, all of which leads every edge defender in the league. Bosa is the second-highest graded first round pick out of this year’s draft (84.5), sitting only behind Oakland Raiders running back Josh Jacobs (85.6). Following his Week 5 performance, Bosa was named to PFF’s “Team of the Week” and also earned a Rookie of the Week nomination.

Where Blair shines may not show up on the stat sheet, but the fourth-year defensive lineman continues to dominate as a run stopper as well as in his pass-rushing efforts. Blair posted an impressive 89.9 overall grade on 18 snaps in San Francisco’s win over the Browns.

“He’s just a model of consistency, man,” defensive coordinator Robert Saleh said last month. “He looked fantastic and he’s looked like that, to me, his entire career, it just goes unnoticed when he’s not the big name, he’s not the big draft pick. But, he’s your lunch pail, gets things done, makes things work, get people lined up. He does it all. I’m happy we have him.”

Williams has strung together back-to-back standout performances. In Week 3, the cornerback hauled in his second-career interception on a pass from Pittsburgh Steelers quarterback Mason Rudolph intended for JuJu Smith-Schuster. In Week 5, Williams registered his third career pick and second of the season, this time, a goal line pass from Browns quarterback Baker Mayfield intended for wideout Antonio Callaway. Williams was only targeted twice in the Monday night win and did not allow a single reception. On two of San Francisco’s blitz packages, Williams split a sack on one, and registered a quarterback hurry on the other.

Hart: I was fairly concerned when Guardiola arrived at Man City

Serie A closing in on June return date

Hart: I was fairly concerned when Guardiola arrived at Man City

Serie A closing in on June return date

As Matt Kuchar shifted into damage-control mode Friday, the fans at...