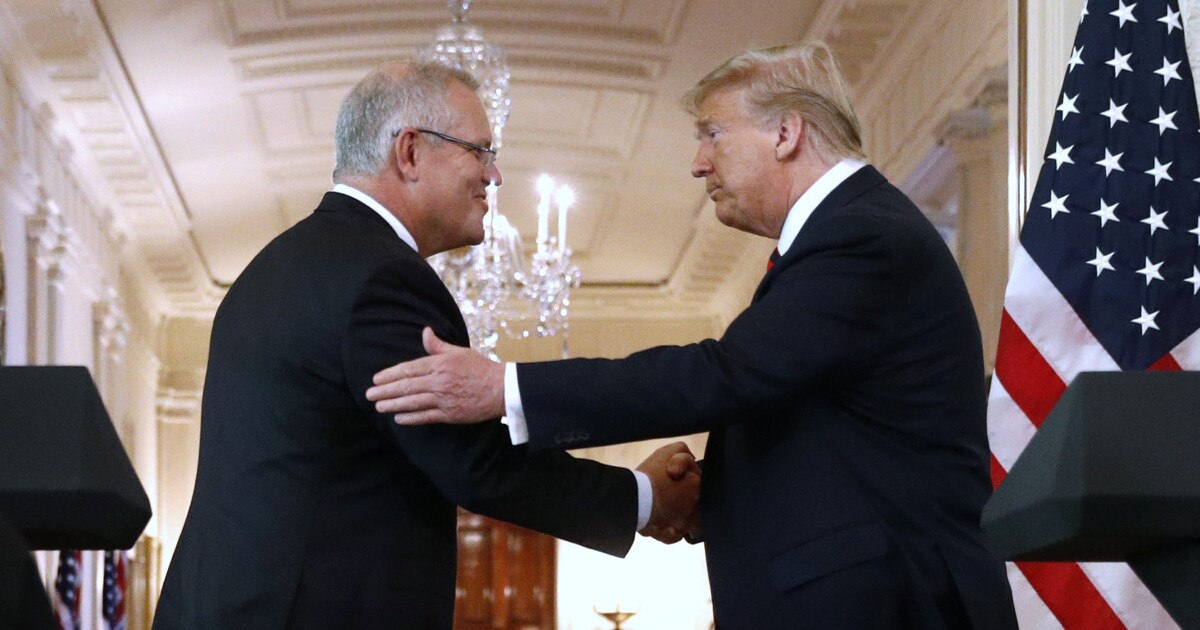 Australia has the courage to support the U.S.-led democratic international order against Chinese imperialism. President Trump is thus right to invite Prime Minister Scott Morrison to the second state dinner of his presidency.

While the pomp and pageantry of the event will be significant, the real importance of this dinner is in showing Australians that America values them as allies. This is especially crucial in that President Trump’s commitment to longstanding alliances has not just occasionally seemed flexible. The reassurance matters particularly to Australia. After all, if the Australians are to continue their support for the United States, they want to know that America will have their back.

That’s no insignificant concern in light of the Chinese government’s harassment of Australia.

In February, Chinese intelligence officers launched a serious cyberattack on the Australian Parliament. They deny it, of course, but they are lying. And this is only the start. China is waging an increasingly aggressive economic pressure campaign against Canberra. Beijing is furious about Australia’s blocking of China’s spy firm Huawei and Australia’s increasingly overt alignment with U.S. military operations in the Indo-Pacific. And just as China is putting the pressure on Australia today, it is offering generous economic investments if Australia chooses to turn its back on America tomorrow.

Morrison deserves special credit for rejecting that devilish bargain. Again, however, the U.S. cannot take Australia’s support for granted. A pro-China candidate was the favorite to unseat Morrison’s government in May elections.

Yes, state dinners must seem rather silly and all pompous. But here, at least, the people to be honored are worthy of the pageantry.

As Minneapolis rioters set buildings ablaze, grocer pleads to save his stores

U.S. protests over Minneapolis death rage on amid political finger-pointing