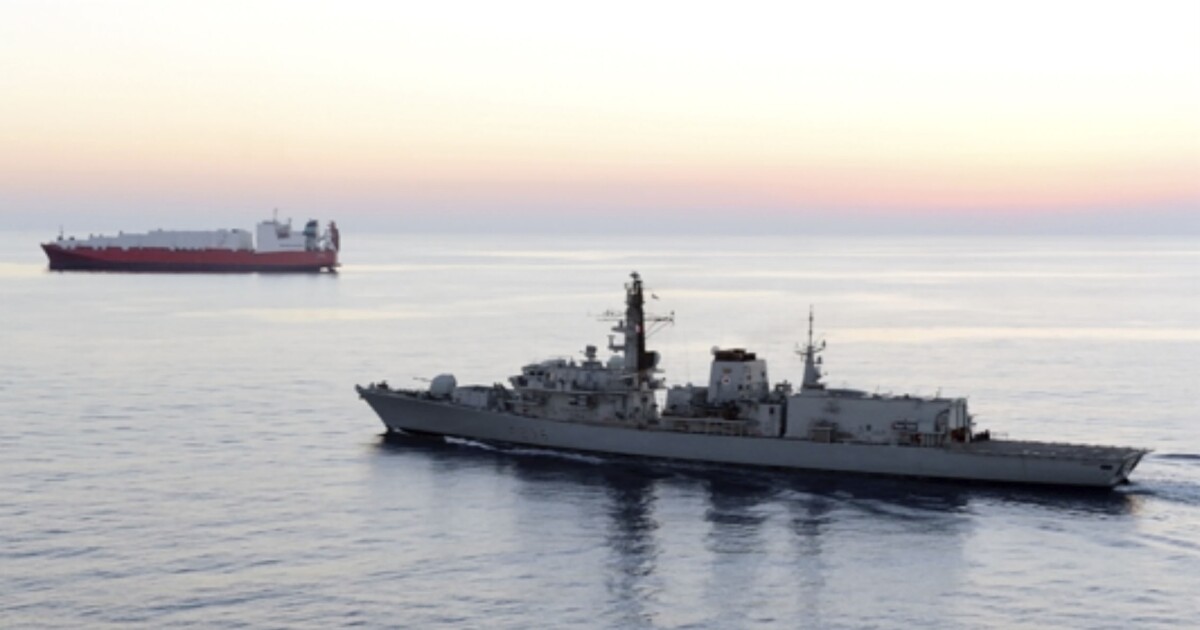 The British Navy sent another warship to the Persian Gulf region after one of its destroyers fended off three Iranian ships attempting to harass a British tanker.

The HMS Duncan was scheduled to relieve the HMS Montrose, but the defense ministry has decided to keep both vessels in the area after the Thursday encounter in the Strait of Hormuz, which saw the Montrose defending the British Heritage tanker from Islamic Revolutionary Guard Corps boats trying to force it into Iranian waters.

Iran responded to news of the deployment threatening retaliation.

“This is a dangerous game and has consequences,” Iranian foreign ministry spokesman Abbas Mousavi said.

“Rest assured, Britons will soon feel the slap of the powerful hands of the Islamic Republic.”

British Navy ships have escorted at least two vessels through the strait since the Royal Marines seized Iran’s Grace 1 oil tanker last week. Gibraltar police arrested the captain and chief officer for attempting to transport oil to Syria in violation of European Union and U.S. sanctions. Iran is helping prop up the regime of Syrian dictator Bashar Assad.

The impounding of the tanker infuriated Iranian officials. Defense minister Amir Hatami referred to the incident as “an action similar to a maritime robbery.” An Islamic Revolutionary Guards Corps commander threatened to seize a British ship in retaliation.

When asked if the escort operations were part of a new policy, the British defense ministry told the Washington Examiner that it “maintains a long-standing maritime presence in the Gulf.”

“We are continuously monitoring the security situation there and are committed to maintaining freedom of navigation in accordance with international law,” a ministry spokesman said.

The Montrose and four other mine hunter vessels are deployed to the gulf as part of Operation Kipion, a longtime security mission responsible for “ensuring the safe flow of oil and trade.” About 18.5 million barrels of oil travel through the strait daily, accounting for approximately 30% of the world’s sea-traded oil. The strait’s shipping lane is only three miles wide in some areas, making it a particularly vulnerable chokepoint.

The Iranian Parliament is considering charging foreign ships a “toll” to pass through the strait.

International students wonder if U.S. business school worth it in coronavirus era

Sport24.co.za | Super Rugby: It would have been white-knuckle weekend