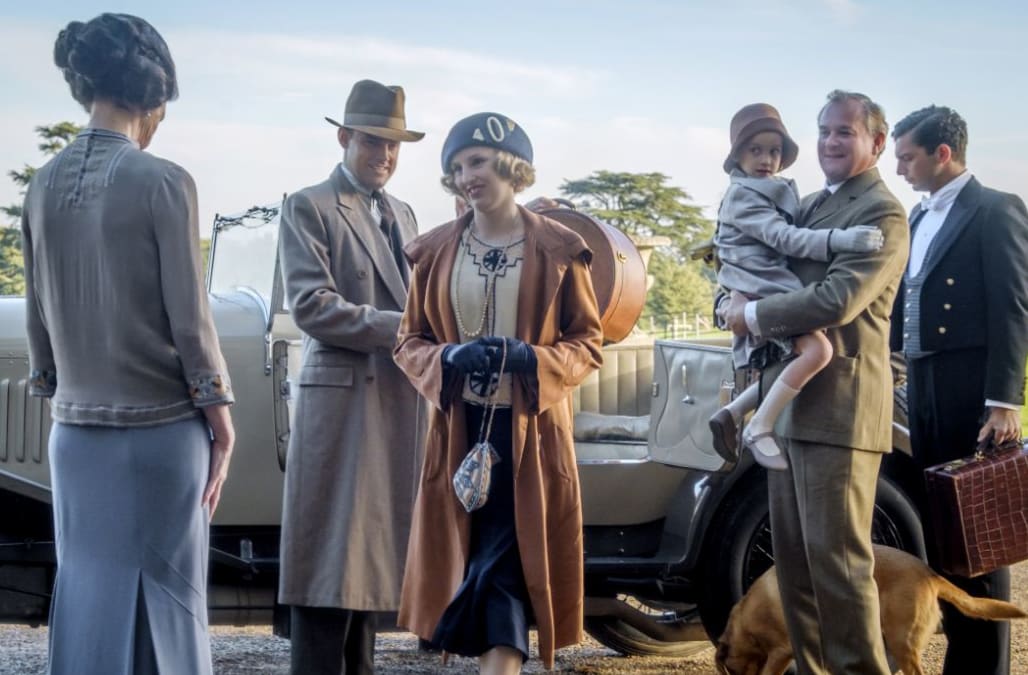 The big-screen encore of the upstairs-downstairs TV series opened with an estimated $31 million in ticket sales over the weekend, handily overpowering a pair of less well-mannered movies.

The Pitt-led father-son space drama “Ad Astra” debuted with $19.2 million. “Last Blood trailed slightly with $19 million of its own.

Related: On & Off Set Style: The Cast of Downton Abbey

On & Off Set Style: The Cast of Downton Abbey

Lady Mary turns in her glam style for causal outerwear while she joins the men for a Hunt.

Footmen Alfred and Jimmy are dapper in their uniforms.

Mary and Edith still look stylish in their night robes as they await the birth of their niece.

Lady Mary and Matthew Crawley are madly in love, standing in the foyer of Downton Abbey.

Michelle Dockery doesn’t stray too far from the Downton Abbey estate with the gold brocade detailing on this evening dress.

Elizabeth McGovern sasses it up a bit with a flared short dress.

Dan Stevens prefers a fitted suit, and tops off the look with a pale blue tie.

Allen Leech looks just as dapper in a more modern suit, but gets edgy with the print mixing.

Rob James-Collier wears a pair of green pants that certainly would not have flown at the Downton Abbey estate.

That trio of new releases outperformed a pair of strong holdovers. After two weeks at the No. 1 spot, “It Chapter Two” slid to fourth with $17.2 million. The stripper tale “Hustlers,” starring Jennifer Lopez, earned $17 million in its second weekend.

Aouar is a 'fundamental' part of Lyon – Juninho responds to...