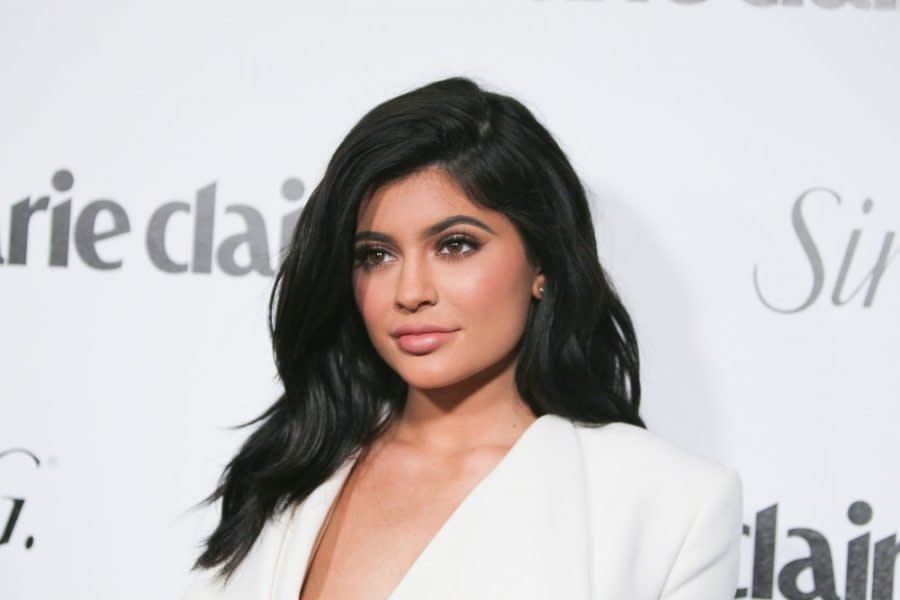 Summer 2019 was the season of celebrity hair changes: new cuts, colors, styles—the whole shebang. From mullets to slime green ends to the rise of the clavicle bob, nothing was off the table. And apparently, the popularity of these drastic hair transformations isn’t decreasing with the drop in temperature. Latest on the celeb-hair-change train is Kylie Jenner, who’s no stranger to mixing up her hairstyles.

Jenner loves a good hair change. The makeup mogul is known to don colorful wigs and elaborate extensions, and she switches from blonde to dark brunette so fast, if you blink you might miss it. Having a personal hairstylist (like we assume Jenner does) would make these transformations easy, so why not have a little fun experimenting if you can? After all, what’s a good outfit without the perfect hairstyle to complement it?

Case in point: Jenner’s distressed denim get-up is grunge chic, so what better than a blunt bob to emphasize the edgy vibe?

The 22-year-old showed off her new ‘do in an Instagram photo where she posed by an open door of a bright blue car. The sleek black and rust-colored wood interior matched her outfit, because of course it did. She captioned the photo, “Hello Monday 🖤”

This isn’t the first time Jenner has rocked a blunt bob. Just last month, she showed off a shorter cut in a mirror selfie, serving some serious Kim Kardashian West vibes. Jenner did learn from the selfie queen herself, after all.

Jenner and Kardashian West opt for bobs more often than the rest of the Kardashian clan. Just last year, the duo twinned in an advertisement for their makeup collaboration, KKW X KYLIE.

Um, are we seeing double? For anyone who thought the summer bob trend was fleeting, it looks like you were wrong. This haircut is going to stick around a while.

'We all have resilience… You've got to make it grow'