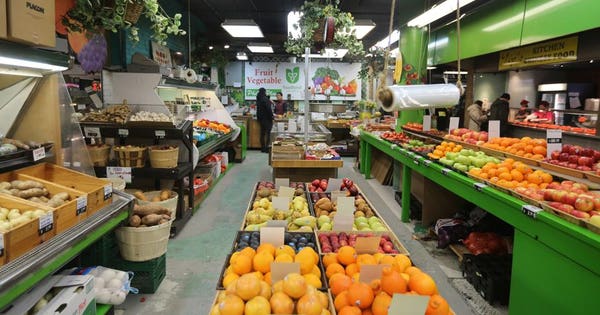 Plants may be good for your heart. Not political plants, which can be bad if you are the victim of such a scheme, but fruits and vegetables in your diet. An analysis just published in the Journal of the American Heart Association did “produce” more evidence that plant-based diets are associated with a decreased risk of cardiovascular disease.

Lettuce take a closer look at this latest analysis conducted by a team that included Hyunju Kim, Laura E. Caulfield, Vanessa Garcia‐Larsen, Josef Coresh, and Casey M. Rebholz from the Johns Hopkins Bloomberg School of Public Health (JHSPH) and Lyn M. Steffen from the University of Minnesota School of Public Health. They analyzed a salad of data on 12,168 men and women who had participated in the Atherosclerosis Risk in Communities (ARIC) study. Each study participant had been in the 45 to 64 years age range when first enrolled in the study (1987-1989) and was from one of four US communities: Washington County, MD, Forsyth County, NC, Minneapolis, MN, or Jackson, MS. The participants had multiple follow-up visits after being enrolled and were followed as late as 2017.

During the initial enrollment and the third follow-up visit (which occurred from 1993 to 1995), participants had completed a food and beverage frequency questionnaire. This questionnaire consisted of questions about how often and in what portion sizes they had consumed various foods and beverages over the past year. Conducting annual telephones calls and monitoring different records determined what cardiovascular disease problems (such as coronary artery disease, stroke, and heart failure) each participant had suffered and if and when the participants had died.

Since the ARIC study had not specifically asked if participants had followed a “plant‐based diet,” the research team led by Rebholz, an Assistant Professor of Epidemiology at the JHSPH, used the answers from the food and beverage frequency questionnaire to calculate several different measures of plant-based diets. These measures included the overall plant‐based diet index (PDI), the healthy plant‐based diet index (hPDI), the less healthy (unhealthy) plant‐based diet index (uPDI), and the provegetarian diet index. Calculating several different indices helped get a better sense of how healthy the plants being consumed were. After all, not all plant-based foods are healthy. French fries and ketchup ain’t quite the same thing as kale. For each of these indices, a lower score meant more animal-based food in the diet. A higher score meant that the person consumed more plants.

Of course, this analysis had its limitations. Such an analysis only shows associations. You’d make an ass of “sociations” if you thought that such a study could prove cause and effect. Moreover, people can be very bad at remembering what they ate and how much over the past month, let alone the past year. Heck, some people don’t even know what they currently putting into their mouths, especially if they are eating while talking about themselves.

Furthermore, the analysis couldn’t separate out everything else that the participants may have been doing to affect their cardiovascular risk. For example, people who eat more plant-based diets could also be paying closer attention to their health and the healthiness of their diets in general such as consuming less salt, added sugar, and processed foods. It may be a stereotype, but the all-buffalo wing diet guy may not be the most likely person to watch his sodium intake or the amount of time that he spends on the couch.

Furthermore, eating more a more plant-based diet can be reflection of other things about your life. You have to be able to afford buying fresh fruits and vegetables. You have to have the time and energy to prepare such meals when processed foods are more convenient and quicker to eat. You may live in a neighborhood where fruits and vegetables are relatively easy to find and purchase. The words “high crime and low income neighborhood” don’t always go together with “amazing salad bar.”

Nevertheless, the idea that eating more plants (versus animal-based products) may reduce your risk of cardiovascular disease is not a green one. Other studies have shown correlations between plant-based diets and the likelihood of stroke and heart disease. This is not totally surprising since fresh fruits and vegetables tend to be lower in calories, salt, added sugar, and saturated fat. Fresh fruits and vegetables also don’t have the artificial ingredients that processed foods often have and tend to be rich in anti-oxidants and various healthy nutrients.

Again, not all plant-based diets are necessarily healthy. Kale submerged in gravy may be more gravy than kale. Highly processed foods are highly processed foods even they include various seeds, leaves, and roots. So don’t just blindly follow something touted as plant-based. That would be like blindly buying anything that is One Direction-based even if it happens to be a one way sign. Let’s parsnip such thinking in the bud.

However, this study does add to the ever growing body of scientific evidence that having more fresh fruits and vegetable in your diet is good for you. As I written before for Forbes, switching to more plant-based diets may have broader benefits for the environment and world round you as well.