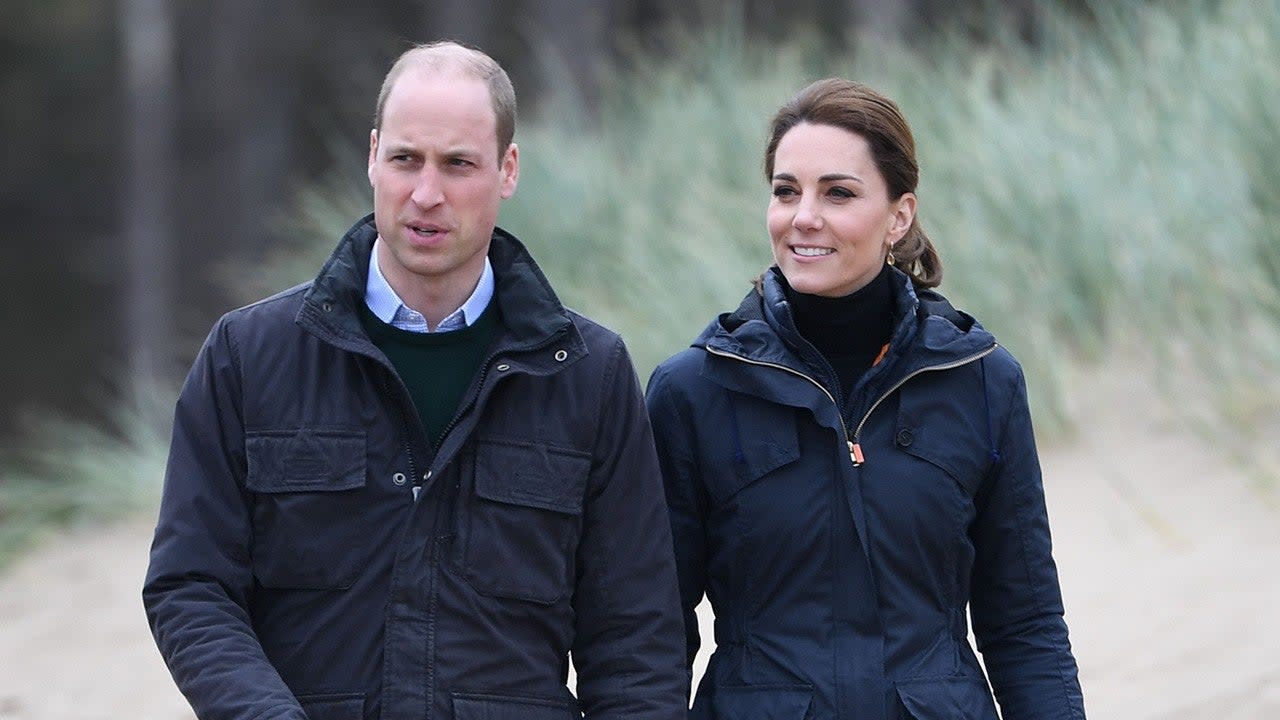 Prince William and Kate Middleton are traveling with their kids!

Amid drama following Prince Harry and Meghan Markle‘s trips via private jet, William and Kate flew commercial with their children from Norwich, England, to Aberdeen, Scotland, on Thursday.

In a video obtained by Daily Mail, fans can see William holding luggage as his son, 6-year-old Prince George, and daughter, 4-year-old Princess Charlotte, walk alongside him. Meanwhile, Kate is seen carrying their youngest child, 1-year-old Prince Louis, as she exits the aircraft with her family’s nanny, Maria Borrallo.

A source recently told ET that both the Cambridges and Sussexes are expected to visit the queen’s home in Balmoral prior to the end of the summer, making that the likely reason for William and Kate’s Thursday trip.

William and Kate’s commercial travel experience came after Harry and Meghan were criticized in the British tabloids for flying private on their recent vacations. Following the criticism, Elton John came out in support of the couple, revealing that he supplied one of their private planes.

“I am deeply distressed by today’s distorted and malicious account in the press surrounding the Duke and Duchess of Sussex’s private stay at my home in Nice last week,” Elton tweeted. “Prince Harry’s Mother Diana Princess of Wales was one of my dearest friends. I feel a profound sense of obligation to protect Harry and his family from the unnecessary press intrusion that contributed to Diana’s untimely death.”

“After a hectic year continuing their hard work and dedication to charity, David and I wanted the young family to have a private holiday inside the safety and tranquility of our home. To maintain a high level of much-needed protection, we provided them with a private jet flight,” he continued, highlighting a criticism Harry had received after advocating environmental conservation. “To support Prince Harry’s commitment to the environment, we ensured their flight was carbon neutral, by making the appropriate contribution to Carbon Footprint.”

Other celebrities including Ellen DeGeneres and Pink — as well as Meghan’s best friend, Jessica Mulroney — spoke out in support of Harry and Meghan following Elton’s statement.

Watch the video below for more on the Sussexes’ recent travels.

Pink Defends Meghan Markle Against a ‘Public Form of Bullying’