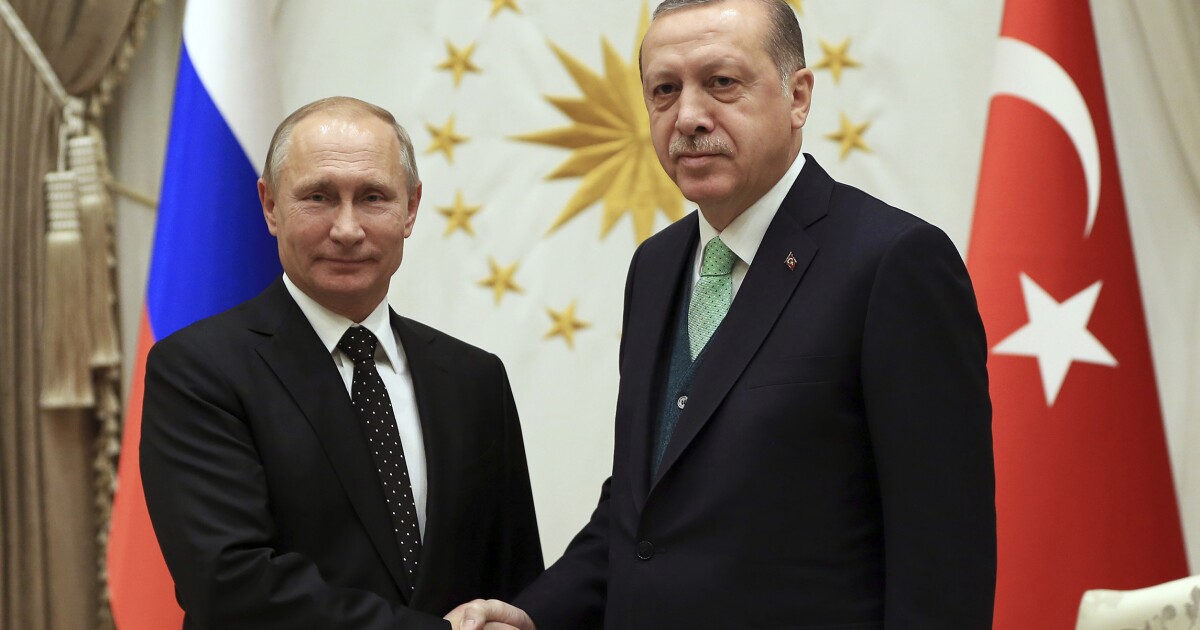 Syrian-Russian axis ground forces are also very close to cutting off Turkish access to a highway north of the rebel-held city of Khan Shaykhun. Turkey needs that M-5 highway to resupply a military observation post at the border between Syria’s Hama and Idlib governorates.

The axis hopes that by shutting off Turkey’s access to its observation post it can push Turkey out of Hama governate and weaken Erdoğan’s resolve. That will allow the axis to shape the battlespace for a final offensive on Idlib governate. That matters because Idlib is the remaining key to the axis effort to crush the resistance. Testifying to their malevolent interest, the axis has escalated attacks on civilians (especially medical teams) in rebel-held areas.

As Charles Lister notes, Turkey responded to the air strike on its forces by deploying combat and intelligence aircraft into Russian-controlled Syrian airspace. That’s an effort to nudge Vladimir Putin, to reassess his decision to unleash Assad, or face Turkish military countermeasures. But Putin will likely gamble that Erdoğan doesn’t have the stomach for an escalated fight. The Russians are far weaker in Syria than they pretend, but the same S-400 air defense platform that Erdoğan has bought from Putin, is operated by Russian forces in Syria. It would impose heavy costs on the Turkish air force in any fight.

That said, weakened at home, Erdoğan may see a short escalation as a chance to rally his nationalist-Islamist base, then extract a cease-fire on better terms.

Over the past four years Erdoğan has gone back and forth between resisting axis ambitions (in an effort to make himself the father-protector of Syrian Sunnis), and bowing to Putin. Alongside numerous other incidents, Monday’s air strike proves that Putin retains the initiative.

Most consumers don’t link diet & climate, but sustainability marketing could...