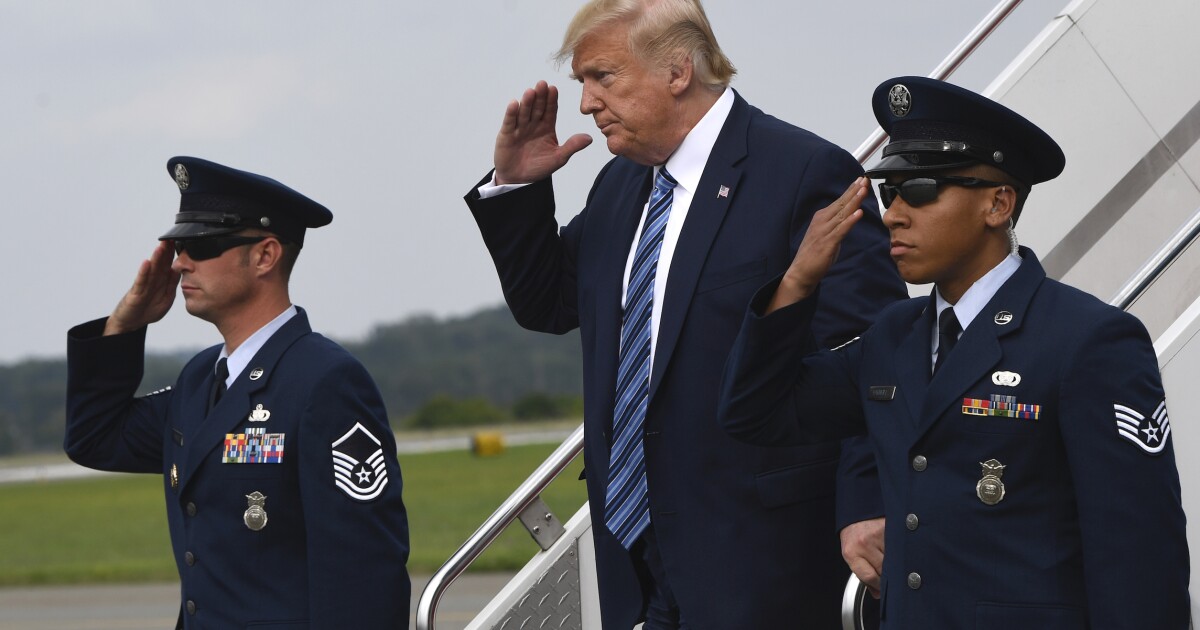 Millions of people have taken to the streets of Hong Kong to demand freedom from an increasingly aggressive, overbearing, and dictatorial China. Rather than speak out for liberty, President Trump has remained neutral. Chinese forces are already beating protesters in the street and thousands more are massed on the border awaiting the order to enter Hong Kong.

Trump may at times seek the mantle of President Ronald Reagan but, in reality, he has become President Barack Obama version 2.0. After all, when protesters took to the streets in the Philippines in 1986 after President Ferdinand Marcos sought to steal the elections, Reagan stood with the protesters and ultimately compelled Marcos to step aside. The potential realpolitik costs were high: The Philippines were a Cold War ally and hosted an important U.S. naval base. Reagan saw the big picture, however, and understand the importance of liberty.

Contrast that with Obama. In June 2009, Obama was already seeking rapprochement with Iran. He and Secretary of State Hillary Clinton launched a “hot dog diplomacy” initiative and instructed all American ambassadors to invite their Iranian counterparts to July 4 celebrations. Not long after issuing the barbecue invitations, however, Iranian protesters took to the streets to protest their own fraudulent election. With Iranian security forces firing on crowds in the street, Clinton reluctantly rescinded the July 4 invitations. Otherwise, the White House remained largely silent.

“We respect Iran’s sovereignty,” Obama explained. The former president had lost perspective. Out of a desire to engage the Islamic Republic’s leadership, he effectively sided with regime preservation and against the possibility of a better, more peaceful Middle East. That protesters chanted “Obama, Ya Una Ya Ba Ma,” (Obama, you’re either with us or against us) underscored the point.

The same Obama-Trump parallel exists on Turkey. In 2012, Obama named Turkish leader Recep Tayyip Erdoğan to be among his most trusted foreign friends. Obama even quipped that he sought Erdoğan’s advice about raising daughters. Erdoğan used that presidential friendship to avoid accountability for any number of anti-American actions. The U.S. intelligence community, Pentagon, and even some diplomats sounded warning bells about Turkey’s actions, but Obama prioritized his personal trust in Erdoğan, however misguided it was, to side with the foreign dictator against his own administration. Ultimately, this created a pattern by which Erdoğan could side with and supply Al Qaeda affiliates and eventually empower the Islamic State, all under the distracted eyes of the White House.

Alas, history repeats itself. Not only Democrats, but also Republicans realize that Erdoğan is a menace, a terror sponsor, and openly embracing the Kremlin. Rather than hold Erdoğan to account, however, top Trump administration officials say the president is running interference for the Turkish leader. Obama and Trump may differ in many ways, but they both share tremendous egos and are self-reverential. Erdoğan understood this and has played both like fiddles. In effect, the Erdoğan relationship first with Obama and then with Trump was and is a friendship to die for.

The last parallel between Obama and Trump is looming with the Afghanistan withdrawal. Obama saw the Iraq war as original sin, and made an immoral but Machiavellian calculation: He would withdraw troops. If somehow Iraq remained stable, he could claim victory and profess his wisdom. If, on the other hand, Iraq failed, he could blame President George W. Bush for the initial invasion. In the end, he withdrew unilaterally only to witness the rise of the Islamic State and the need for renewed U.S. military engagement. Tens of thousands more Iraqis died and billions more U.S. dollars were spent out of a desire to play politics with U.S. national security.

Again, Trump is following Obama’s path in Afghanistan. Special Envoy Zalmay Khalilzad, as much a businessman as a diplomat, is negotiating an agreement that, despite the spin in Washington, is little more than a unilateral withdrawal and re-empowerment of the Taliban. The Taliban are unrepentant, however, and, from their bases inside Pakistan, remain just as tied to Al Qaeda as they were before Sept. 11, 2001.

Trump may want the mantle of being a new Reagan, but while Reagan stood on principle and played the long-game, Trump’s doctrine appears as shortsighted as Obama’s. Rather than embrace freedom, each sided with dictators. Rather than step up to undercut adversaries, both empowered them. Rather than enhance American national security, whether out of naivete or for ego, both have undercut it.

The Hong Kong protests are momentous. Trump recognizes that China poses a grave and growing challenge to the United States, not only in the Pacific Ocean but increasingly globally. Rather than capitalize on events to promote liberty and America’s position in the world, Trump, like Obama before him, appears more inclined to snatch defeat from the jaws of victory.

Michael Rubin (@Mrubin1971) is a contributor to the Washington Examiner’s Beltway Confidential blog. He is a resident scholar at the American Enterprise Institute and a former Pentagon official.

Our bodies are holy even on a diet – The Alexander...

Secretary Pompeo Says U.S. Ready to Talk to Iran With ‘No...