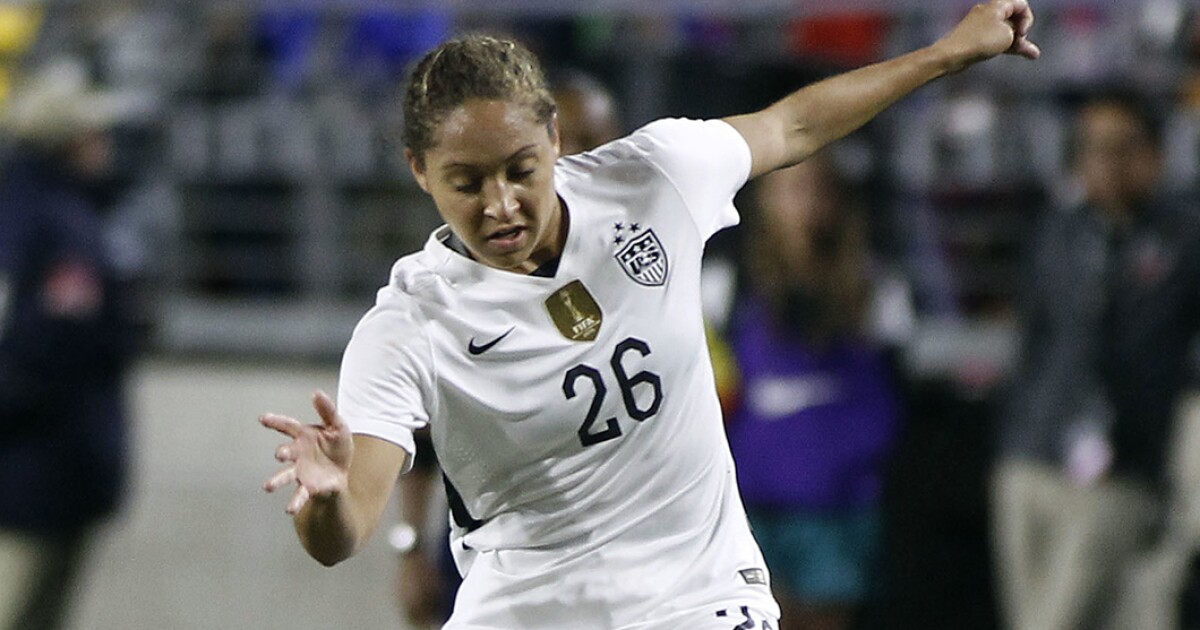 There’s one sure-fire golden ticket to media stardom these days: an angry tweet thread from the president.

Megan Rapinoe got just that. A superstar who recently guided the U.S. to another Women’s World Cup victory, Rapinoe has also taken to speaking out on political and social issues. After previously refusing to stand for the national anthem, Rapinoe declared that she’s “not going to the f—ing White House” if her team was to win the World Cup. This angered the president and other conservatives.

….invited Megan or the team, but I am now inviting the TEAM, win or lose. Megan should never disrespect our Country, the White House, or our Flag, especially since so much has been done for her & the team. Be proud of the Flag that you wear. The USA is doing GREAT!

Many conservatives find it confusing or even offensive for someone whose career is built on American national unity to protest in this manner. It can’t be ignored, however, that Rapinoe is an open lesbian playing women’s soccer, a sport with a notably pro-LGBT culture. And the women’s team’s commitment to the LGBT cause is exactly why there’s a strong stench of hypocrisy around both the program and the fanfare surrounding Rapinoe. In fact, it’s the exact opposite of the treatment inflicted on former star defender Jaelene Hinkle for her own act of political conscience.

Hinkle is an evangelical Christian who chose not to play in a 2017 scrimmage because U.S. Soccer required players to wear a rainbow jersey during gay pride month. She did not invoke fire and brimstone, nor did she lodge a complaint over the potential violation of FIFA rules against political statements on undershirts and equipment.

Hinkle simply took a seat. It was a year before she explained her decision was about the pride jersey, although media and fans had figured as much because she’d cited “personal reasons” and had previously revealed herself as Christian.

She has since been shunned by U.S. Soccer despite being the best left-back in America. Women’s soccer-focused blogs crucified her for “homophobia” while admitting she was probably the strongest player at her position whom head coach Jill Ellis could choose. Testimony from teammates and coaches that Hinkle is no bigot did nothing.

Last year, Hinkle got a three-day tryout for the team, but Ellis did not select her, citing “footballing reasons.” That’s a little hard to believe for North Carolina Courage fans who watched Hinkle absolutely dominate in their successful 2018 season. The Courage’s resounding victory in the National Women’s Soccer League final included a strong performance by Hinkle in Portland, where native Thorns fans lustily booed when she touched the ball.

Having that level of cool under pressure, even raising her game in a hostile environment, is exactly what you’d want in a World Cup player. Just, not that player.

Liberals expressed shock and disgust when Hinkle was ostensibly given a chance to make the team once again, but many assumed their voices were heard when she was quickly dismissed, although U.S. Soccer said no such thing.

“Some suspect the shock recall and subsequent swift removal was a legal ploy, designed to provide the United States Soccer Federation with cover against any future discrimination lawsuit, especially since Hinkle’s stance has made her a cult figure among the religious right,” wrote Dave Hannigan in the Irish Times.

Despite all evidence testifying to Hinkle’s exemplary sportsmanship, writer Stephanie Yang said Ellis’ decision could have come because “Hinkle’s presence was a disruption in the locker room.”

Meanwhile, Rapinoe is adored by the media for having the courage to engage in the performative wokeness that is popular in elite circles. All this despite the fact that Rapinoe’s acts of protest are quite literally directed at the country she’s playing for.

In a country founded on religious liberty, it’s unjust to make holding traditional Christian beliefs a permanent stain on an athlete’s reputation. Hinkle is just as American as Rapinoe, and in our pluralist country you have the freedom to believe in the Lord, not just to take pride in your sexuality.

‘Ziyech has the characteristics to be a captain’ – Chelsea are landing ‘a leader’, says Mokhtar

‘Ziyech has the characteristics to be a captain’ – Chelsea are...