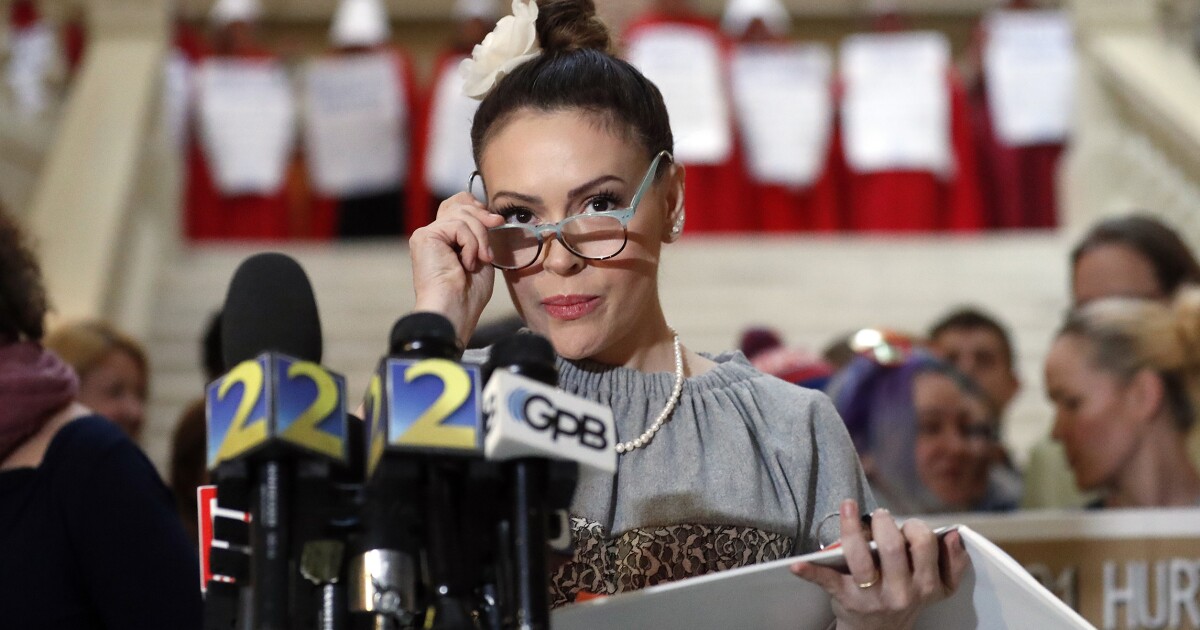 Even Democrats agree that boycotting Georgia for its “heartbeat” abortion ban is a terrible idea. From Marvel films to TV shows like “Stranger Things” and “The Walking Dead,” Hollywood relies on Georgia’s generous tax incentives to produce its content. According to IndieWire, Hollywood got $800 million in tax credits from the Peach State in the 2018 fiscal year.

Yet dozens of actors joined actress and left-wing activist Alyssa Milano in March to sign a petition calling for a boycott of the state if it passed its pending abortion ban.

“We can’t imagine being elected officials who had to say to their constituents ‘I enacted a law that was so evil, it chased billions of dollars out of our state’s economy,’” they wrote.

On Tuesday, Republican Gov. Brian Kemp signed the “heartbeat” bill, which prohibits abortion after a fetal heartbeat is detected — typically around six weeks into pregnancy. Voices across the U.S. have criticized the bill, which they mischaracterize as a form of patriarchal oppression.

Milano says she is contractually obligated to continue shooting her show “Insatiable” in the “evil”-endorsing state for another month, but she’ll “do everything in my power” to leave and encourage others to do the same, as soon as she’s done filming.

But even some Democrats recognize that the Hollywood boycott won’t achieve its intended aim. Georgia state Rep. Dar’shun Kendrick, a Democrat and vocal critic of the bill, tweeted that Hollywood shouldn’t boycott the Peach State.

“I have constituents who benefit from the film and industry in GA,” she wrote. “So instead of boycotting, I am advocating for taking BACK the House and Senate to majority democrats.”

Kendrick is so vocally pro-abortion that she proposed a farcical “testicular bill of rights” while the state legislature was considering the “heartbeat” bill. But even she recognized that the boycott was a bad idea.

Three production companies have committed not to film in Georgia, according to the Hollywood Reporter, but other previously vocal critics have fallen silent.

Maybe Hollywood really thought its stunt would work, and now it’s not ready to deal with the repercussions of losing its $800 million in tax breaks. Either way, left-wing entertainers appear ill-prepared to face the consequences of their virtue-signaling threat.

If they really think repealing the abortion ban is the best thing for Georgian women, they won’t leave the state. They’ll follow Kendrick’s advice (and Will Ferrell’s lead) to promote more Democrats in the State Capitol.

But it’s a long way till election season, and a campaign has none of the glitz of a high-profile snub. So celebs and production companies will continue to cry “boycott,” a longtime hobby of theirs.

Milano was already questioning the entertainment industry’s place in Georgia after Stacey Abrams lost the 2018 gubernatorial election. Boycotts might help some entitled celebrities show the world how woke they are, but they won’t make any Georgian lawmakers, or voters, change their minds.

Georgia doesn’t seem to care what celebs think. Boycott threats or not, the state is moving on.